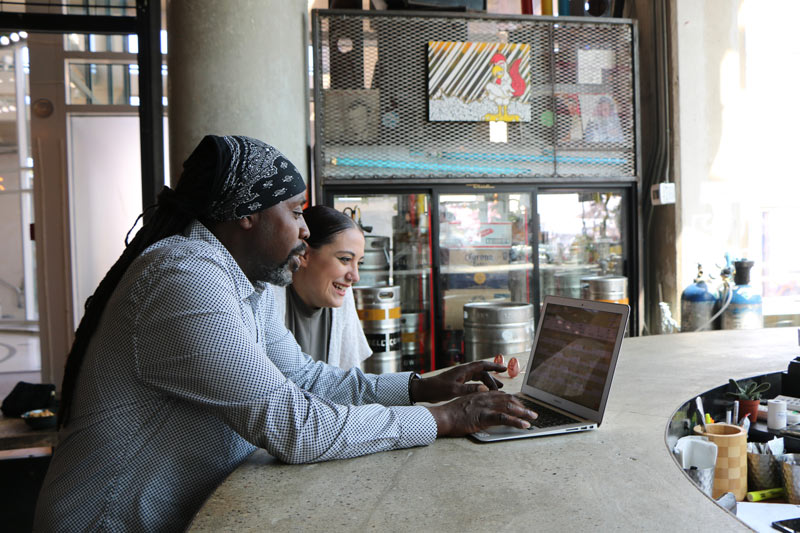 We live and work in a world in which the majority of people have no interest in waiting for payday. Not very surprising, we know. Until recently, employers, payroll providers, PEOs and workforce management companies weren’t left with too many alternatives to the two-week pay cycle.

But the demand for wage delivery alternatives is becoming more apparent every day. In fact, 61% of employees in a recent U.S. survey voted in favor of flexible, on-demand pay. In short, employees want more fluid access to their wages. They want earned wage access.

Despite Earned Wage Access (EWA) being the big HR buzzword, employers still have questions about how it can integrate into their operations. Simply put, they want to know what can be offered to their employees, how it will positively impact their attitude towards work, and if it will help meet their own business objectives.

Earned Wage Access (also known as on-demand pay) platforms allow employees to receive all (or a portion) of their accrued wages in advance of their payday. Employees usually access earned wage access offerings through a downloadable platform that allows them to send accrued cash to their bank account and manage their budget.

Although an Earned Wage Access program can be adopted across all companies – both public and private – certain organizations with a high number of hourly employees can benefit enormously.

According to The Bureau of Labor Statistics, nearly two-thirds of U.S. private businesses use biweekly, semi-monthly, or monthly pay periods. It also clearly states that “the interval of time between hours worked and receiving a paycheck can contribute to employees’ ‘financial distress’.” As organizations look to up their recruitment game, offering this benefit will also help them retain existing employees.

What is the usage rate among employees?

For those organizations that adopt an earned wage access program, the typical minimum baseline is 10% of all employees. In certain industries such as retail, hospitality, and manufacturing, adoption has been as high as 40 percent.

How does an employee request and receive their earned wages?

Employees can use an app such as our highly rated AnyDay platform to create a virtual and physical debit card with a traditional account number and routing number. On the platform, the available wages and total earned wages are displayed along with any remaining balance from prior requests. Once a request is made using the App, the funds are immediately available for use by the employee.

Are there any fees involved?

Unlike most Earned Wage Access providers, AnyDay does not charge fees to either the employer or employee.

Obviously, cash withdrawals from out-of-network ATMs are subject to an ATM fee just like any other out-of-network withdrawal. Also, if an employee transfers from the App to a bank account, there is a small $.50 fee. We like to keep it simple.

Are there any federal or state laws that govern earned wage access?

The program does not violate any laws or regulations. Earned wage access is not treated as a lender as employees are accessing their earned wages. AnyDay is also a leader in making earned wages available without any fees. Notably, there is no interest on the advance as it is not a loan.

Another great benefit is that, with AnyDay, there is no recourse to the employee. Any risk of inadvertent overpayment is borne by AnyDay. The Consumer Finance Protection Board (CPFB) recently issued an advisory opinion on November 30, 2020 that Earned Wage Access programs categorically do not represent extensions of credit. We stand by maintaining a transparent and extremely helpful platform.

Still have questions about earned wage access? Get in touch today to speak to an AnyDay team member!

By Cary Strange
2 years ago